Rise of Cultures is truly a fun-to-play strategy game that let your progress through a series of ages, starting from the Stone Age all the way to our modern era which is not yet developed, but the team is constantly working on new ages, Iberian Era being the latest addition. The game offers a lot of content, and if you’re not familiar with the genre, it might be overwhelming at first.

That’s why we’ve put together this Rise of Cultures guide with 15 essential tips & tricks that will help you get started and improve your game.

Use a good Portable Charger

Rise of Cultures is a visually stunning game and, as such, it requires a lot of processing power from your device. This means that your battery will drain faster than usual.

If you’re planning on playing for a long period of time, make sure to have one of the best portable chargers for mobile gaming with you, so you can keep playing even when your battery is low. That way you won’t have to worry about your game progress being interrupted.

Change your display name and the avatar

When you first start the game, you’ll be given a random display name and an avatar. Is always better to personalize these two aspects, so that members of your alliance be able to easily identify you. Plus, is free. You can change your display name and avatar in the “Settings” menu, under the “General” tab. You cannot upload your own image for the avatar, but you can choose from a selection of images provided by the game.

You will run short of Food, unless..

Food is the most essential resource in Rise of Cultures, as it’s needed to train new units, conduct research, upgrade buildings, and basically do anything in the game. That’s why is important to learn how to manage your Food production, so you don’t run short of it. In my previous guide, I explain in detail some of the best ways to get Food in Rise of Cultures, which I recommend that you check out if you’re having trouble with this resource.

When you’re just starting out, is tempting to go out and conquer every new territory that you discover on the map. However, this is not the best strategy, as you’ll quickly notice that the only way to heal your army is by spending a high amount of gems. That’s a precious resource that you should save for other purposes.

Therefore, my advice is to return to your city (don’t worry the already conquered zones will be saved) after each battle and train new units to replace the ones that died in combat. Once your army is full, you can go out and continue your conquest.

That’s a feature I enjoy a lot, and I wish other games would have it. In Rise of Cultures, you can create the best city layout in a few clicks without having to demolish and rebuild all your structures. The “Stash” button allows you to pick your buildings one by one or you can pick all of them by clicking “Stash all”. After that, you can pick any building from the panel and place them as you wish. If you rather want to return to the original city layout, simply hit the “x” icon.

Keep an eye on the happiness level

The happiness level in your city is very important, as a happy population will produce more resources and train units faster. The quickest way to check the happiness level of your buildings is by switching the little green sun icon on the top-left corner of your screen.

By doing that you will notice 4 types of symbols over each building: a yellow sun icon which means that the building does not have any impact on the happiness level and 3 shades of green, dark green being the highest and offering the most bonuses.

These levels of happiness are affected by the Cultural Sites, a kind of decoration structures that should be placed next to the most important buildings. The buildings you should prioritize, at least in the beginning, are the Farms, as you will need a lot of Food to train new units and do upgrades.

If you want to increase your chances of winning a battle, you should take into account the type of units you’ll be using. By that, I mean that there will be cases when you will have more units than the available space on the battlefield, so you’ll have to make a decision on which ones to use.

You will also need to position your units strategically based on their range and the type of enemies you’ll be facing as this can make a huge difference.

For example, if you’re using archers it’s best to position them behind the melee units so they can shoot without danger. On the other hand, cavalry units should always be on the front line because they will strike fast and attack the enemy from behind after that.

Another good strategy is to take advantage of obstacles on the battlefield. These can be used to place your ranged units behind and make them harder to reach for the enemy.

Use your heroes’ skills wisely

Your heroes’ skills can make a big difference in battle, so you should use them wisely. For example, the “Breath of Life” skill can be used to heal your units, and you should place it over the largest group of damaged units possible.

The “Boulder Smash” skill, on the other hand, is the skill of your first hero in Rise of Cultures and can be used to deal damage to a group of enemies. I always use it on ranged enemy units, as they’re usually the ones doing the most damage.

Likewise, if you have multiple commanders, try switching them out during battle depending on the situation. Each commander has different skills, so you’ll want to make use of all of them and see which one works best for you at that particular moment.

No matter which strategy you use, you should use these skills as soon as they’re available, cause every second counts in battle.

Join or create a new alliance

To be honest, there are not many advantages of being in an alliance in Rise of Cultures, when compared to other popular strategy games. However, is still necessary to join an alliance, as it will offer you the possibility to interact with other players, ask for help or help others build World Wonders, and receive some rewards by doing so.

Other advantages of being in an alliance are that you can trade goods with other members after reaching the “Minoan Era”, and take part in alliance-related events, such as the Rise of Cultures Treasure Hunt event. There will also be some quests that require you to help other members of your alliance, so it’s always good to be in one. Just remember to be active and contribute to the alliance, as inactive members will be kicked out after a certain period of time.

Get your daily free resources and Research Points

To get your first free Research Point, tap the Research icon situated on the top-center of the screen while on the Research page. Next, tap the “Watch now” button. Watch the video for 30 seconds and click the “x” icon that appears on the top-left corner of your screen to close it.

The same goes for resources, by tapping the small tent situated on the north side of your city. You can watch 5 short videos to get gears, puzzle parts required to build special buildings or a chest with random resources.

You can preview these rewards and the odds of getting each one by tapping the chest icon above the “Watch to open” button. After watching the first video, the tent disappears and will respawn after a few minutes, so make sure to check back often.

Use your workers efficiently

Workers are the backbone of your city, as they’re the ones who will build all the structures and gather all the resources, train new units, upgrade buildings, solve incidents, and basically most of the important things in Rise of Cultures.

A good strategy is to avoid using all of your workers during your active hours, for tasks that require long periods of time. Instead, use them for long tasks only overnight, such as producing food in +10h intervals or doing upgrades that take a few hours.

This way, you can keep using your workers while you’re active in solving incidents (usually can be completed in less than 2 minutes), training new units after each battle, as well as producing food in smaller intervals. Otherwise, you will be stuck waiting for your workers to finish their tasks, and it will slow down the progress of your city.

Save your gems for later

Gems are a premium resource in Rise of Cultures, and you’ll be tempted to spend them as soon as you get your hands on some. However, it’s better to save them and collect as many as possible for things with permanent benefits instead of using them on instant upgrades, healing, or training units.

You could use your gems to buy Luxurious Homes, Luxurious Farms, or Luxurious Culture Sites. For example, a Luxurious Home level 3 costs 750 gems and it will offer you 2 additional workers and a 917 Coins production rate. So start saving your gems now if you want to get the most out of them later.

Try Rise of Cultures on your PC as well

If you’re not a fan of downloading and installing apps, you can play Rise of Cultures on your PC using the BlueStacks Android emulator. This is a free program that allows you to run Android apps on your computer, and it works pretty well.

What’s great about this method is that you can take advantage of your computer’s larger screen, keyboard, and mouse to play the game more comfortably. And you don’t have to worry about saving your game progress, because it’s all saved on your Google account or another method once you’ve taken care of the initial set-up.

Be patient and have fun

Rise of Cultures is a game that’s meant to be played over a long period of time, and rushing things will only lead to frustration. What I enjoy a lot about this game is that is focused entirely on PVE gameplay, so there’s no need to focus on attacking other players or worry about them attacking you, or using a peace shield as you would in other games such as Rise of Empires or Kingdom Maker. You can just sit back, and progress through each Era at your own pace. So take your time, research new technologies, build up your city, and have fun!

Rise of Cultures is one of the best medieval mobile games to try in 2023. An excellent game that offers a lot of content and gameplay hours for casual players and for those who enjoy PVE gameplay. However, like most strategy games, focusing on the most important things from the early stages is crucial if you want to progress quickly and have an easier time later on. We hope our Rise of Culture guide will help you get started on the right foot and have a blast playing Rise of Cultures! Happy gaming! 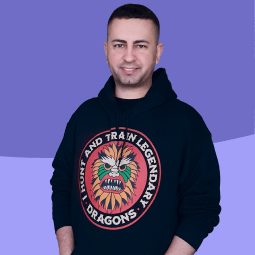 Cosmin is a web designer and a full-time blogger with a huge passion for medieval-themed entertainment - whether it's playing medieval strategy games, watching movies, or reading books about that time period. This led him to create Medievalfun, the ultimate resource for all the fun and historical knowledge related to the Middle Ages.

King of Avalon Guide, Tips and Tricks for Beginners (2023)

Latest From our Shop

Read Next in Rise of Cultures Guides

Rise of Cultures Treasure Hunt: All You Need To Know